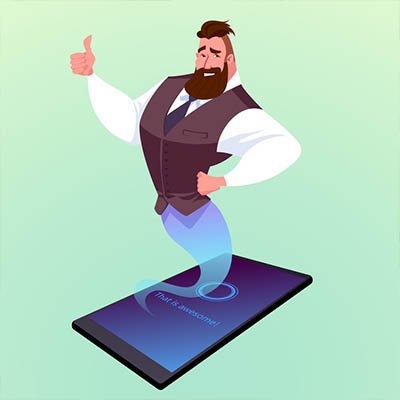 What Virtual Assistant Is Right for You?

Virtual assistants are some of the most common technologies out there, which is kind of a strange thing to say. With mobile devices taking over the personal and professional lives of users, we suppose it’s natural that virtual assistants have flourished in today’s workplace. What are these assistants, and what are they capable of?

Virtual Assistants, Today and Tomorrow
Virtual assistants are programs that let us speak to our devices to perform certain functions. These functions include adding an item to a list, playing music, creating reminders, and so much more. The future could introduce countless other ways to take advantage of virtual assistants, even if it’s a bit of a strange feeling to talk to an inanimate device.

New providers are also appearing, which in turn expands the selection of virtual assistants to consumers. This can create more competition and encourage the development of fresh ideas that can further the quality of future solutions.

Alexa
Amazon’s Alexa is pretty high-profile, appearing on Amazon’s flagship devices like its smart speakers, Echo. Other brands use Alexa as well, but it’s most well-known for the Echo speakers. Alexa is used on Amazon’s tablets, as well as in their Amazon Fire TV products and other Internet of Things devices. Alexa is perhaps most well-known for its compatibility with third-party apps, all of which is offered free of charge. Therefore, Alexa is more likely to work with your smart appliances than other solutions out there. Alexa can be downloaded on Android devices, despite reports that it is more limited on these devices compared to Amazon’s.

Google Assistant
Android devices running 6.0 Marshmallow or higher can take advantage of Google Assistant. If you have a Google Home device or similar speaker, you can use Assistant to connect to them. Assistant can be found in headphones, smart displays, and televisions. Assistant is reliable enough that it can be used most of the time, though it is most reliable when it’s used with Google’s services, including Google Calendar and Chromecast.

Bixby
Maybe you’ve never heard of Bixby before. It’s exclusively on Samsung devices like the Family Hub 2.0 refrigerator. Bixby is a three-pronged personal assistant consisting of Bixby Voice (control a device with your voice), Bixby Vision (think Google Lens), and Bixby Home (a Google Feed-like solution). Bixby’s Version 2.0 is open-source, allowing developers the ability to use it in their development plans.

Cortana
Cortana is basically the Microsoft version of Alexa, working with every device that has Windows 10. While Cortana works in a similar way to Alexa, Cortana does have more limited capabilities compared to Alexa’s skills. Even if the user doesn’t have their PC nearby, Cortana can be used on Apple and Android devices. By far Cortana’s most interesting feature is being able to search your settings, documents, and other important data for whatever you’re searching for. The most notable tech demo involving Cortana showcased its ability to compile user-friendly statistics and display them in graphs, highlighting the perks of this virtual assistant.

Siri
Siri was the app that spearheaded development of virtual assistants. Siri is the Apple-exclusive virtual assistant that many users have on their iPhones and other Apple products. The Apple HomePod is a good example of this, but Siri is compatible with many other IoT devices that can give the user unparalleled control over their home just by speaking to their devices.

Which of these virtual assistants is your favorite? Let us know in the comments.