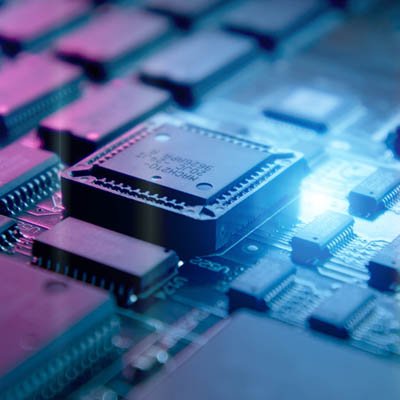 What Do You Know About the Microchips That Power Your Technology?

Computers are made up of many complex pieces of technology, and any business that uses them must have at least a working knowledge of them (or know someone who does, like a managed IT provider). Among these pieces of technology are “chips,” or microchips, that are responsible for making sure the technology, whatever it may be, works as intended. We’ll discuss some of the different kinds of chips the everyday user or business owner may be involved with when thinking about their computer.

Generally speaking, microchips in computers are made out of a variety of materials, but the most common is silicon. These microchips are responsible for acting as semiconductors and give your devices the ability to perform various tasks. We’ll get into the details about a couple of them here.

Memory
One of the more notable uses of microchips in devices includes temporarily storing data. These kinds of chips have a familiar name that you’ve probably heard before–Random Access Memory, or RAM. As long as the chip is receiving power, it can store data on the device. Once the device is turned off and the chips are no longer receiving power, this temporary data is wiped. Depending on what the device is used for, the computer might have many RAM chips installed on it; otherwise, the device will be slowed down considerably by resource-intensive tasks.

Other Kinds of Chips
Depending on the device used, you might find various device-specific chips in use. For example, some devices that have cameras might have chips specifically designed for use with video recording or picture taking. Others that have networking abilities might have chips designed for use with those. Basically, chips are responsible for both the everyday functionality of your devices, as well as some of the specific, more advanced features that not everyone will be using.

For more information about technology or devices, stay subscribed to our blog.