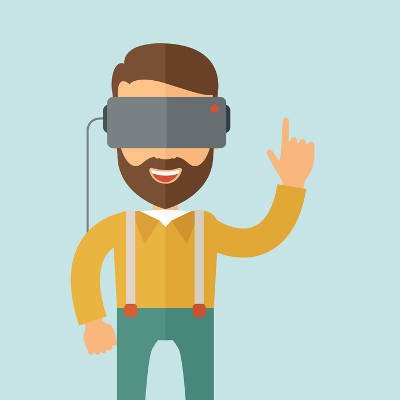 CES 2018 introduced the world to some downright interesting (and some absurd) electronics. The Consumer Electronics Show gives the technology industry just the outlet to showcase the best and brightest of what manufacturers have to offer. Here are some of the more interesting highlights from Las Vegas, Nevada.

The Interesting
In case your home television system isn’t big enough already, Samsung introduced the world to “The Wall,” a television that measures 146-inches diagonally. It uses technology similar to those used by scoreboards at sporting events, scaled down to meet the size of the screen. The Wall still has some challenges facing it, but if anyone can overcome them, it’s Samsung.

Another technology that has recently seen an increase in popularity is voice-responsive tech and connected homes. Amazon’s Alexa device was a huge hit at CES, but perhaps the most notable benefit of it is the sheer number of applications and services that can be used through voice commands. Even more services have been offered this year, which makes Alexa an interesting and valuable voice companion for everyday life.

Finally, there was a technology created with the intent of helping older generations. ElliQ is a digital companion that can help meet the needs of older users. ElliQ can remind users of upcoming appointments or allow them to hold conversations with them.

The Practical
One of the more practical uses of technology in the consumer technology market is fitness. As such, CES had a showcase where the best of fitness technology was on full display. Peloton, known for its connected indoor cycles that stream fitness classes, introduced a new treadmill that allows the user to view pre-recorded classes or live classes. This device, called the Peloton Tread, features many fitness classes and some other strength/circuit classes as well.

Taking the concept of fitness one step further is the Spire Swim Tracker, the first smart swimsuit. This automatically measures your swimming metrics. It then connects to the swim.com app, where the user can view the information. Furthermore, you don’t even have to charge the tracking tag, as it is purposely designed so that it lasts longer than the suit.

Finally, virtual reality is making a splash in the fitness community. Black Box gyms will soon have VR capabilities that can make going to the gym a bit more interesting. Basically, it turns something like a resistance workout and transforms it into a video game, allowing for an entertaining and satisfying 30-minute workout.

The Strange
Some of the devices introduced at CES 2018 were a little unorthodox or designed for a specific audience. For example, the device Keen allows for an inertial measurement to help those with bad posture better their bad habits. It basically lets users kick bad habits in due time. Another interesting technology was Moodo, which allows you to use a diffuser to throw scents into the air via a smartphone app. Other gadgets, like the self-driving store and a ping-pong-playing robot, also made appearances at CES, but one of the weirdest was the Somnox Sleep Robot, a device that is basically a glorified body pillow that simulates breathing and helps users fall asleep.

What are some of the devices that you would like to see at future CES conferences? Let us know in the comments.