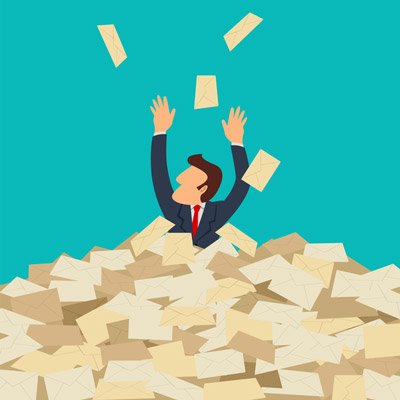 Tip of the Week: How to Avoid Spam Emails

Would you just give your bank account information to anyone who called you up and asked for it? Probably not. For the same reason, you wouldn’t just download attachments from your email messages without a second thought. This can be a dangerous practice, as some of the most common threats nowadays spread themselves via unwanted email attachments. It’s important that you can identify when it’s the right time to download an attachment, and when it’s best to just leave it be without exposing your business to unnecessary risk.

First, a little information about why you might be forced to make this decision in the first place. Spam messages are often the easiest way to spread the influence of malware and other threats. It’s simply a fact that you can send one message to countless individuals knowing that at least some of them will be fooled into downloading the attachment, and in turn, downloading all of the nasty things found on it.

For example, ransomware makes its home on workstations due to infected attachments. Your company might receive an unsolicited message from a prospective employee, who has attached their resume for review. Before your HR department knows what’s happening, their files are encrypted due to the attachment actually containing malware from a hacker. Surprise–your organization has fallen victim to a targeted phishing attack, with an infected infrastructure being the fallout.

While your spam filter might flag some of these messages as dangerous, it’s unlikely that the most dangerous ones will be caught in its web. Be wary of messages that claim to be receipts, shipping information, resumes/CVs, and other information that might be important for your organization. Hackers understand this and want to take advantage of that knowledge, which could potentially put your company in a tight spot.

Ultimately, the best way to keep your company safe is by taking a two-pronged approach–educating your employees on the importance of email security, and a technology solution designed to eliminate the majority of spam in the first place. The first can be maintained simply by holding awareness training and actively practicing proper email etiquette. Teach your employees that they should never open attachments from anyone they don’t know, and to always investigate the source of the message before declaring that it’s safe enough.

For the second measure, you can rely on COMPANYNAME to help you out. Our technicians can hook you up with an enterprise-level spam blocker to keep the majority of dangerous messages from making their way to your inbox in the first place. It’s a great measure that can minimize your employees’ exposure to risky elements. To learn more, reach out to us at PHONENUMBER.