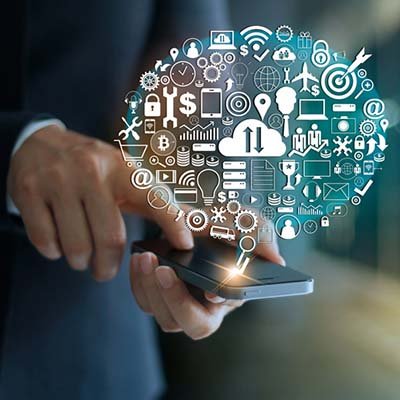 These 3 Industries are Being Fundamentally Changed by Smart Technology

Smart technology has seen explosive growth in recent years, leading to an uptick in startups popping up to capitalize on smart tech and the innovative ways it can be leveraged. With demand for such devices increasing exponentially, it’s little wonder that many industries are diving into this technology. Today, we’ll discuss three of them.

Energy and Conservation
It should come as no surprise that a major driving force behind the use of smart technology is for this technology to use energy and natural resources more intelligently. Of course, it also doesn’t hurt that smart technology allows us to save time and money as well, through the automation of processes that once required a human touch to complete. In addition to making homes ‘smarter’ and more accommodating to the needs of those living in them, smart tech has been proven to be a major player in environmental conservation. Automated devices have been able to track and report on various kinds of environmental data, including waterflow, plant health, migration patterns, and many other variables, allowing us to use this data to improve our treatment of our environment.

Fitness and Health
Ever since the first ‘smart’ shoe – the Micropacer – was introduced in 1984 by Adidas, smart technology and fitness have been close companions. In just the past few years, devices like fitness bands and smartwatches have exploded in popularity, and more innovations have followed fast.

As fitness bands and watches have become more intelligent, the technology that powers them and their functions has improved as well. Now, features like application integration, improved functionality, and quicker response times are available in fabric form. These smart fabrics have led to innovations like smart socks and undergarments , fitness rings , shoe inserts , and other activewear and accessories hitting the market en masse. Using these technologies, everyone from the active exerciser to the casual enthusiast will be able to better measure and optimize their workout regimen, even avoiding injury.

Transportation
All over the world, one of the biggest time sinks is the battle to get from point A to point B. In many places, the commute to work can be stretched due to traffic congestion, and in others, impractical traffic patterns extend the amount of time spent sitting behind the wheel. This is one issue that is actively being worked on through smart technology now, as is evident by the aggressive research and development into driverless transportation. After all, with machine learning and AI behind the wheel, traffic as a whole could become a cohesive network, rather than the mass of individual, autonomous bodies all looking out for number one.

This is a concept that has long been considered as a solution for the persistent issues with mass transportation that have been evident since, well, mass transportation became a common thing. We have never been closer to successfully revolutionizing automated transportation in a way that is practical for widespread application. Pittsburgh, Pennsylvania, and other places have experimented with concepts like Uber’s driverless cars. While this initiative didn’t go quite according to plan, it still demonstrated that this technology is on the cusp of market readiness.

What are your opinions on smart technology? Do you see it being adopted in more aspects of life, or do you see it as being a short-lived interest? Talk about it in the comments section!