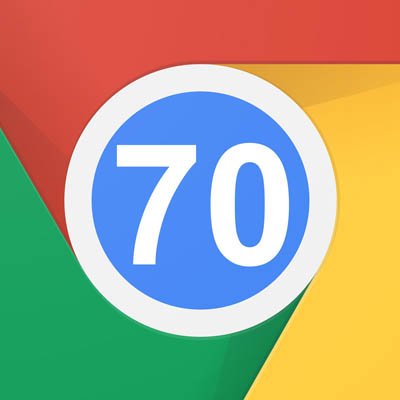 The New Version of Chrome has Interesting Changes

Chrome 70 has proven to be quite a divisive browser. While a lot of users are excited for the new changes to security, some are also worried about whether Chrome can maintain this security and its user-friendly interface. Here are some of the changes being made to Chrome 70 so you can choose whether this browser update is for you.

Extension Restrictions
One of Chrome’s largest advantages over its competition has to be its library of add-on extensions. Unfortunately, any kind of functionality with these additional “programs” can lead to security concerns. Google has had to slow down the production of extensions to create new requirements for developers to adhere to. One example is how cryptocurrency continues to be a major talking point, prompting extensions to include cryptocurrency mining and cryptojacking in their features. Google is shutting down these supplemental programs, as well as generally holding developers to higher standards than they previously were. It now demands that developer accounts be protected by two-factor authentication, as well as paying closer attention to apps that require lots of permissions or host their code remotely.

Security Measures
Chrome 70 is also packing in all kinds of new security features to keep phishing attacks away from end users. In particular, Chrome is trying to push education of its native password management tools, as well as warn users when the links they are about to access aren’t secure. In essence, this simply states that websites need to be secured if they want visitors, reinforcing the fact that websites need to prioritize security these days.

Login Concerns
While some changes have been accepted with open arms, others… not so much. While Chrome has allowed users to use the browser without logging into the browser, some have noticed that Chrome appears to log a user in, even if they are only using one service out of the many provided. This is primarily an issue because Google could potentially share the user’s data (think browsing history), which is not something that users traditionally take lightly. In the time since then, Google has announced that Chrome isn’t necessarily logging users into Chrome–it’s more of an in-between measure to show a user which of their accounts is currently logged in.

As with any new solution, there will be roadblocks and concerns that users might be faced with during the experimentation phase. What kind of experiences have you had with Chrome 70 so far? Let us know in the comments.