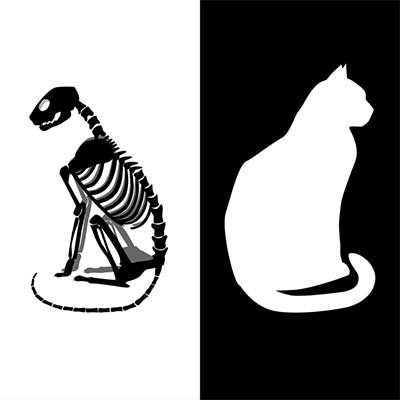 Have you ever heard of the physicist Erwin Schrӧdinger? He is most well-known for explaining a paradox related to quantum physics which involves a cat. Even though the theory behind Schrӧdinger’s cat is meant to explain something quite different, it can still be applied to a lot of different concepts. In particular, when explaining email security.

The thought experiment works as follows. The Schrӧdinger’s Cat scenario was created to strike down an interpretation of quantum mechanics that states an object can exist in all states but will revert to just one if it’s observed. As for Schrӧdinger’s experiment, a cat was hypothetically shut in a box with a small amount of radioactive material. This material had about a 50% chance of setting off a geiger counter. In this case, a hammer would smash a container filled with poison, killing the cat. If the Copenhagen interpretation is presumed to be correct, the cat would be both alive and dead until you see which one it really is.

At the time, Schrӧdinger’s cat was designed to challenge the Copenhagen interpretation, but a more modern version of this experiment can be seen in a business email solution. The primary topic associated with this line of thought is email attachments.

Spam and phishing emails are some of the more popular ways that cybercriminals use to spread their influence. The idea of how this ties into Schrӧdinger’s hypothetical cat involves approaching each email as both a normal message and a real threat at the same time. The only issue here is that there’s a lot more at risk with your business’s infrastructure than with a hypothetical scenario (no cats were harmed in the creation of this blog). After all, you don’t want to click on an email attachment unless you’re absolutely sure that it’s not going to cause problems for your organization.

Thankfully, there are ways that your business can protect itself from advanced threats that make their home attached to email messages, especially spam and phishing threats. Preventative measures like antivirus and anti-malware tools are great for keeping threats off of your infrastructure, and spam protection can help remove messages from your inbox before they become a cause for concern.

Your inbox needs to be secure, so why not do it the right way? To get started with network security solutions, call COMPANYNAME at PHONENUMBER today.